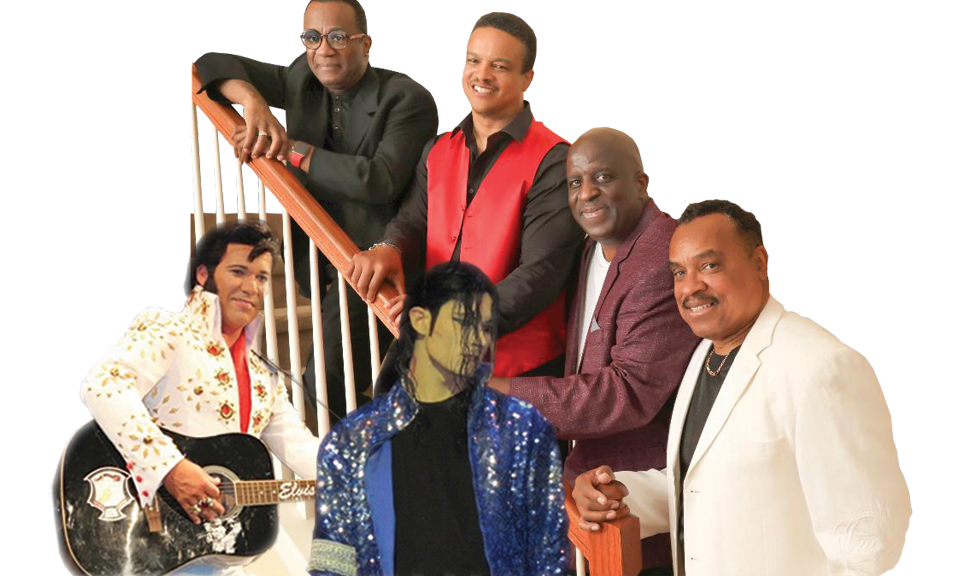 AUGUSTA’S ANNUAL TONY HOWARD MOTOWN REVUE IS BACK WITH TRIBUTES TO THE TEMPTATIONS , SMOKEY ROBINSON , LIONEL RICHIE , THE STYLISTICS AND MORE . ALSO SHARING THE STAGE WILL BE BIG TRIBUTES TO ELVIS AND MICHAEL JACKSON. COME ENJOY A NIGHT OUT WITH THE OLD SONGS YOU GREW UP WITH . YOU’LL BE SINGING ALONG THE WHOLE NIGHT. GET YOUR TICKETS EARLY! 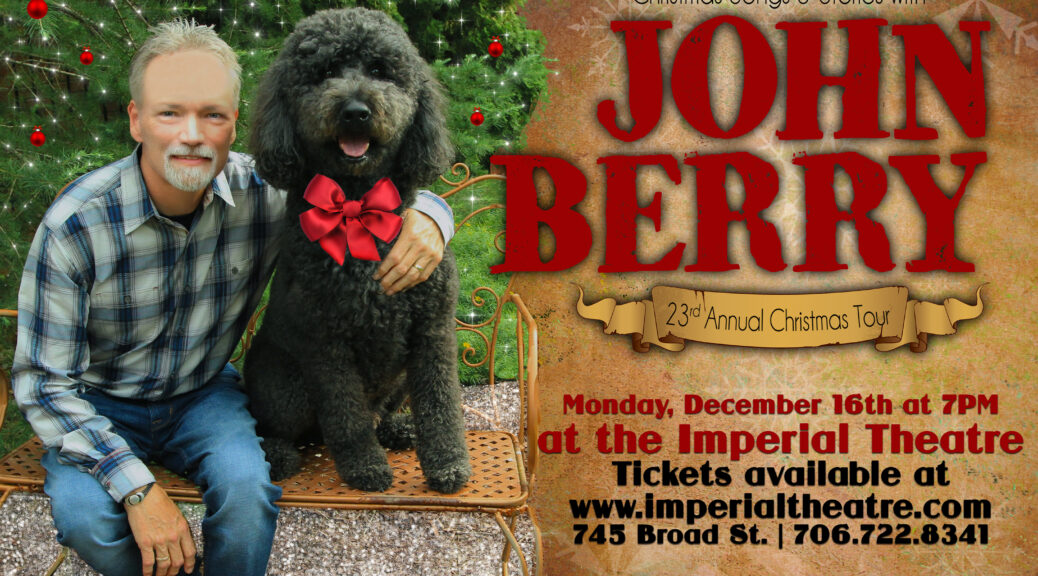 John Berry has a new outlook, a new address and a new beginning.  The singer-songwriter rose to stardom on the country charts of the 1990s with such mega hits as Your Love Amazes Me, Standing on the Edge of Goodbye and She’s Taken a Shine. His annual Christmas tours brighten the holidays for thousands, as does his electrifying rendition of O’ Holy Night.

During his star-making decade, John placed 20 singles on the county charts, 6 of which went Top 5, with Your Love Amazes Me, scoring a #1 on the Billboard and Radio & Records Country Chart as well as Standing on the Edge of Goodbye and She’s Taken a Shine earning the #1 slot in Radio & Records . He has earned multiple Gold and Platinum records over the years. John was nominated for the ACM Top New Male Vocalist in 1994, won a Grammy Award in 1996 for his participation in Amazing Grace: A Country Salute to Gospel Vol. 1, was nominated for another Grammy in 1995 for his smash hit Your Love Amazes Me and was nominated for the CMA Horizon Award and Top Male Vocalist Award in 1995. In 1997 he was nominated for Vocal Event of the Year (for Long Haired Country Boy with Charlie Daniels and Hal Ketchum) and in 2013 John was nominated for the Mainstream Country Male Artist by the ICM Awards. And thanks to the miracles of modern technology, he even sang a duet with the late, great Patsy Cline.

“I love what I do, with a passion not seen in quite some time. I’m hopeful and excited about the future. I love singing and always will. I have a bus, an incredible stage presentation, a great band, hands-on management team and I’m always all dressed up and ready to go.”

He and his family moved back to Music City after several years in Georgia, and in 2017 John is pursuing a touring and personal appearance schedule that is more active than ever. Given his wide range of music and number of releases, John is fortunate in that he can book a solo show with just himself and guitar, a small-band acoustic show or a full-band engagement and has more than enough hit material to captivate a crowd and deliver an evening full of musical memories.

VIP Experience Package: $25 (VIP ticket does not include ticket to the concert)

VIP Experience Package to include:

Early access for VIP holders (1) one hour before doors
Casual Meet & Greet with John in the theatre or space mutually agreed upon
(There will be a VIP meet and greet before the show at 5:30 PM!)
Questions and answer session with John and fans
2-3 acoustic songs performed by John
VIP Experience collectible souvenir laminate
Autograph opportunity with John
Photo opportunity with John 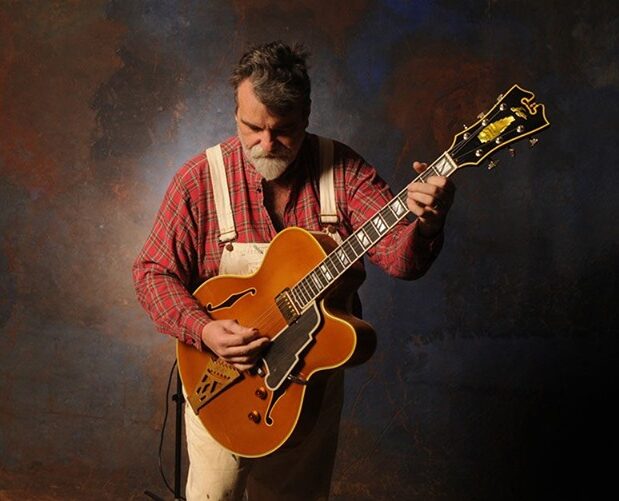 Georgia-born Barry Abernathy has been recognized with the “Banjo Player of the Year” award from the Society for the Preservation of Blue Grass Music in America. What makes that seem unlikely is that Barry was born with only a thumb and part of an index finger on his left hand. Because of his hand, he approaches the fingerboard from the top and does all of his fretting with his thumb and the end of his one-knuckled index finger. Here is a guy who wanted to play and was willing to work for it, developing his own methods as he learned, becoming a great player. Yet Barry, good natured and easy going, never saw himself as having a “handicap.”

Canton, North Carolina’s Jim Van Cleve is an award-winning fiddle player, songwriter, session player and producer. A founding member of Mountain Heart and Appalachian Road Show, he was recruited, at age 18, by bluegrass/gospel legend Doyle Lawson to become part of Lawson’s acclaimed “Quicksilver” band. A highly regarded and much sought after session musician and record producer in the worlds of Country and Americana music, he has quickly built a wide-ranging and artistically acclaimed body of production work.

They are founding members of Appalachian Road Show, a new band that combines Barry Abernathy’s talents as vocalist and banjoist with those of grammy award winning fiddler and producer Jim VanCleve, respected tenor and mandolinist Darrell Webb, legendary upright bass player Todd Phillips, and young phenom Zeb Snyder on guitar. As a group, they seek to honor the music, traditions, and people of the Appalachian Region.

The master class is a once-in-a-lifetime opportunity to interact with two of the biggest talents in the world of bluegrass and Americana music. 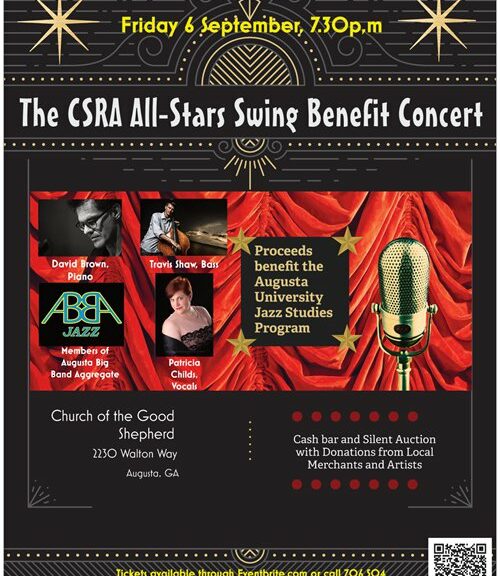 Looking to hear outstanding live music for a great cause that won’t break the bank?  Come to the CSRA All-Stars Swing Music Benefit Concert!  Proceeds will go to the Augusta University Jazz Studies Program.  Featuring members of the Augusta Big Band Aggregate, current AU students and alumni, and other surprise guests.  Also featuring a silent auction with goods from local artists and merchants.  Don’t miss this chance to hear some of the best musicians in the CSRA playing Duke Ellington, Count Basie, Tommy Dorsey, Glenn Miller, and more! 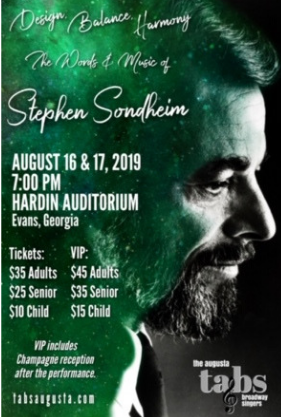 Join The Augusta Broadway Singers in a musical journey through the Words and Music of Stephen Sondheim, a living musical genius!  We’ll sing songs from Into the Woods, Sunday in the Park with George, Company, Sweeney Todd, and others!

The concert will be held at the Hardin Auditorium in the beautiful Columbia County Library.  Purchase your tickets online by July 31 to be included in a drawing for the dvd “Sondheim: A Celebration at Carnegie Hall.”

Tickets:
Tickets are $15-$45 for VIP tickets and $10-$35 for non-VIP. VIP includes Champagne and Dessert Reception with the singers after each performance.