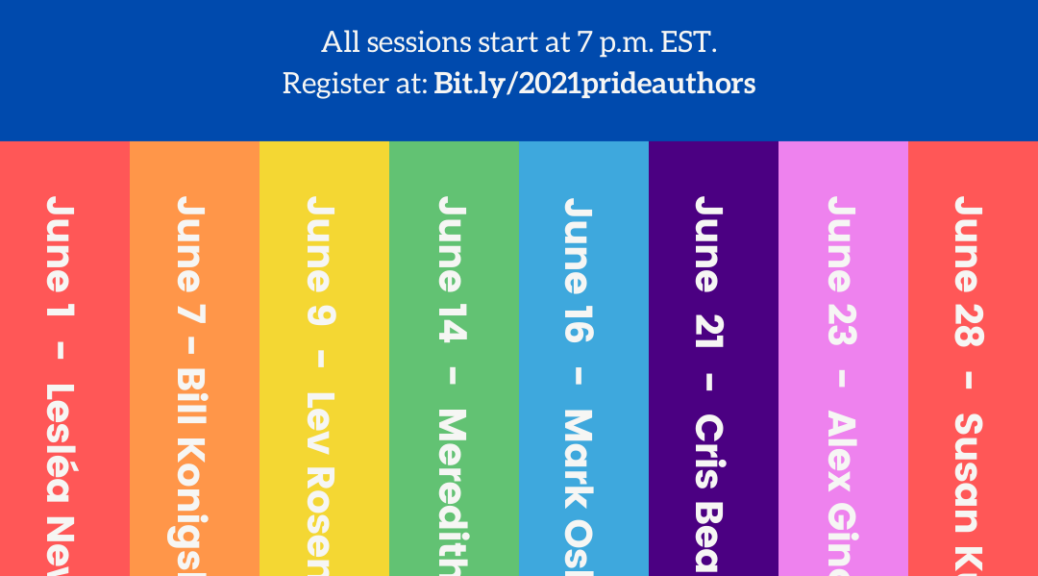 Susan Kuklin, author of nonfiction books for young adults and children, including No Choirboy: Murder, Violence, and Teenagers on Death Row, will speak on June 28 at 7 p.m.

About the Author
Philadelphia-born author, photographer, and former teacher Susan Kuklin was introduced to art, theater, and books at an early age. She received her undergraduate and master’s degrees in theater from New York University and taught English in the New York public school system after college graduation. While in graduate school, Kuklin began to direct plays. “Whereas acting taught me how to interpret a part, directing forced me to look at the big picture, which included visual aspects,” she says. She incorporated this into her photography and nonfiction writing, which was fueled by her curiosity about other people, their lives and concerns.

After her marriage, she and her husband moved to Tennessee where her growing interest in photography led to her first photo-essay, “Appalachian Families.” Since then, she has been a professional photojournalist whose work has appeared in major magazines and newspapers throughout the United States and Europe.

As an author, Kuklin understands how important it is for teenage voices to be heard. Much of the research for her books consists of on-the-job training. For Speaking Out, Kuklin spent an entire year at Bayard Rustin High School for the Humanities in Manhattan interviewing, photographing, and observing students and teachers, and their interactions with one another, in an attempt to get to the heart of the prejudices and stereotypes that permeate today’s society. “Prejudice manifests itself through apathy and fear. We need to talk to each other,” she says. “We need to hear each other. We need to care.”

About the Author
Alex Gino loves glitter, ice cream, gardening, awe-ful puns, and stories that reflect the complexity of being alive. They would take a quiet coffee date with a friend over a loud and crowded party any day. A former LSAT tutor who never touched law school, Alex can still talk your ear off about sufficient and necessary conditions.

Born and raised on Staten Island, NY, Alex has lived in Philadelphia, PA; Brooklyn, NY; Astoria (Queens), NY; Northampton, MA; and Oakland, CA. In April 2016, they bought an RV and put their books and furniture in storage for what became an 18-month road trip through 44 states. They are now happily settled back in Oakland, where they enjoy level floors and indoor plumbing.

Alex has been an activist and advocate for LGBTQIA+ communities since 1997, when they became co-chair of what was then called the LGBA at the University of Pennsylvania. (It was renamed the QSA the year after they left.)

They are proud to have served on the board of NOLOSE, a fat-positive, queer, feminist organization dedicated to supporting radical fat acceptance and culture. Alex would like to thank the Black women and other amazing BIPOC folk of NOLOSE who raised their consciousness about race and how racism permeates our culture.

Alex is currently a part of We Need Diverse Books and a member of  PEN America.

Cris Beam, author of nonfiction books on transgender teenagers, the U.S. foster system, and empathy, as well as a young adult novel and a short memoir, will speak June 21 at 7 p.m.

About the Author
Cris Beam is an author and professor in New York City. Her most recent book, I Feel You: The Surprising Power of Extreme Empathy, was published by Houghton Mifflin-Harcourt in March 2018. Her prior work, To the End of June: The Intimate Life of American Foster Care (Houghton Mifflin-Harcourt, 2013), was named a 2013 New York Times Notable Book, was longlisted for the Andrew Carnegie Award, shortlisted for the William Saroyan Prize and was a best book on several year-end lists including NPR, New York Magazine and The Boston Globe. She is also the author of Transparent: Love, Family and Living the T with Transgender Teenagers (Harcourt 2007), which won a Lambda Literary Award and was a Stonewall Honor book.

Her young adult novel, I am J, was released by Little, Brown in 2011 and was named a Kirkus Best Book and Library Guild Selection, and is the first book with a transgender character to land on the state of California’s recommended reading list for public high schools. Her short memoir, Mother, Stranger, was published by The Atavist in 2012 and quickly reached the top ten on Kindle Singles. Cris’ work has also been featured in the New York Times, The Awl, The Huffington Post, The Guardian and on This American Life. She’s an Assistant Professor of English at William Paterson University.

Mark Oshiro, an award-winning author, will speak on June 16 at 7 p.m.

About the Author
Mark Oshiro is the award-winning author of ANGER IS A GIFT (2019 Schneider Family Book Award) and EACH OF US A DESERT, both with Tor Teen. Their middle grade debut, THE INSIDERS, is out on September 21, 2021. When not writing, they run the online Mark Does Stuff universe and are trying to pet every dog in the world.

Meredith Russo, an award-winning author, will speak on June 14 at 7 p.m.

About the Author
Meredith Russo was born in Chattanooga, Tennessee, but now lives in Brooklyn with her awful cat. Her love affair with fiction began on the living room floor at six years old, where she stared at the ceiling and imagined Middle Earth as her mother read The Hobbit aloud. She has been a shiftless degenerate ever since, which is to say a writer. Between her novels and short fiction Meredith has tackled everything from contemporary realism to nonfiction to eco-dystopian cyberpunk, but her focus has been and remains stories of transgender women and girls. Whatever she writes, her oath is that it will always feature a trans woman and that she will not reach an explicitly tragic ending.

Her debut novel, If I Was Your Girl, was a finalist for the Walter Dean Myers Diversity Award, the Lambda Literary Award, and won the 2016 Stonewall Award. She has been featured in multiple short fiction and essay anthologies, and when she gets the stupid thing working again you can find her more experimental short fiction available for free on her website. Her second novel, Birthday, tells the story of a boy and a girl who were born for each other, told over the six years it takes them to realize it.