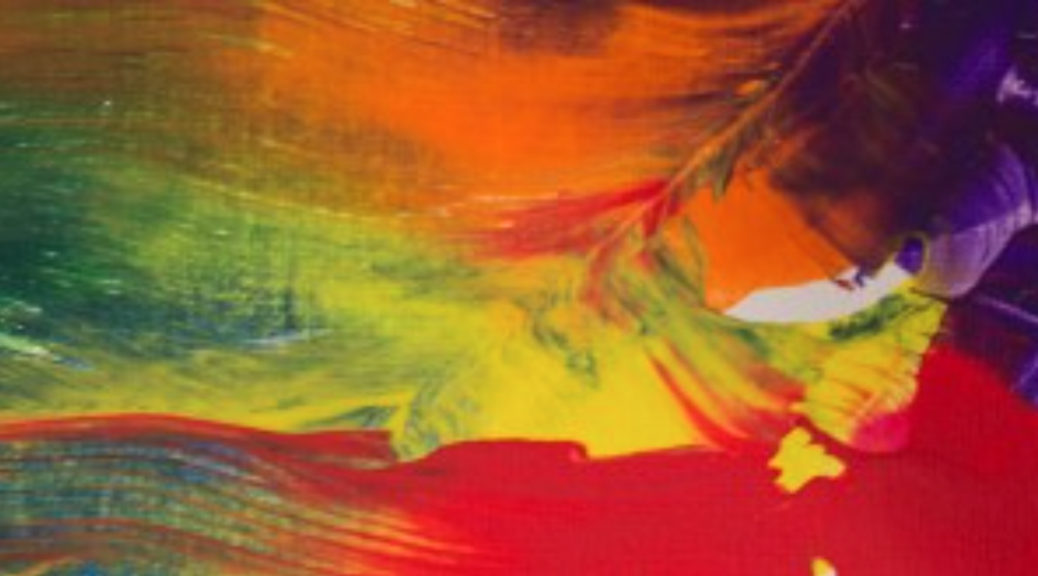 “Welcome to Noahland” is a showcase of abstract art by a local young artist, who is also a GHIA alum. The show is about finding effort and ease. It’s about creating something that is interpreted by each viewer. The show highlights that different doesn’t mean less. Many of the pieces displayed were created while at GHIA summer camp, which is where Noahland was born. As Noah and the students showed off their work, one piece, the flag, was captivating and transforming. The class was ethnically diverse and the children wanted to create the flag that represented their heritage. As they proudly showed off their work, the children shared “This is China. This is Israel. This is the United States.” I got to Noah’s and said “This must be Noah’s.” And a student clamoured, “It’s NOAHLAND!”
Noahland is a place where differences and uniqueness are appreciated and celebrated. It’s a place where others learn that we are all different but the same and that different doesn’t mean less.  We invite you to share your interpretations of the pieces by emailing us at noahlandart@gmail.com. 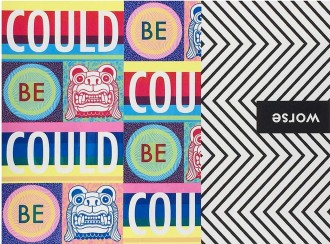 The Ties That Bind
Data analytics and media in the digital age is being used in strategic ways to efficiently target specific groups of people for personal, political or financial gain. Ideologies of “Us vs Them” are created to further divide people into groups that can be mobilized and manipulated to fight a perceived enemy.  For this reason, objective truth and empathy have been replaced by sensationalism, half-truths and extremist social/political ideologies.  This portfolio exchange aims to celebrate diversity and common threads that we all share.  Invitations to artists will be extended with the intent of representing diversity in race, culture, geography, gender and aesthetics.

The theme, “The Ties That Bind” is open for each artist’s interpretation.  16 Artists will be invited to participate and will create an edition of 18 prints on 15” x 15” paper.  Each artist is encouraged to create visual images with real or implied connecting points in the center of all four edges of their print.  When displayed together, there should be an implied point of connection, whether arranged side by side or top to bottom. The prints will be displayed at a national print conference in Cleveland and will be included in the permanent collection at Kent State University.  They will also be displayed nationally and in Canada at a site at each of the participant’s cities.

Chadwick Tolley
This print exchange and exhibit is organized by Chadwick Tolley, local artist and assistant professor of art at Augusta University. Tolley teaches printmaking and drawing at Augusta University and has exhibited widely across the United States and won various awards for his work. The exhibit will be on display in the 3rd floor galleries during the Fall Artists’ Market. 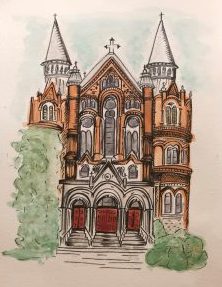 Each piece in the exhibit features a scene from Augusta or of Sacred Heart produced by 21 local artists. All pieces will be for sale and a portion of each sale benefits the ongoing preservation of Sacred Heart. Mask are optional but highly recommended. 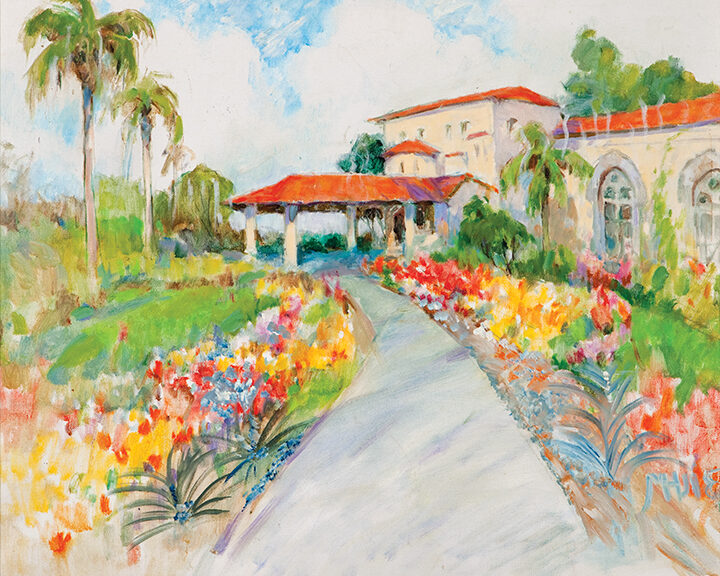 A native of Augusta, artist Mildred Nix Huie (1906–2000) had an affinity for art, history, and literature her entire life. (Her maternal grandfather was John Michael Weigle, a managing editor of the Augusta Chronicle, and she lived next door to Johnny Mercer in Savannah, Georgia.) Huie attended Shorter College (now University) in Rome, Georgia, and graduated from Florida State College for Women (now Florida State University) with a degree in classical education. Rather than pursuing a career in education, she managed WALB radio and TV stations in Albany, where she was named Woman of the Year in 1950, before settling on Saint Simons Island in the early 1960s. She lived there for the remainder of her long and active life.

In the mid-1960s Huie, along with a group of artists, established the Left Bank Art Gallery, which quickly became the foremost purveyor of art in coastal Georgia. In the final phase of her life and career, she became a renowned and successful artist—an impressionist painter and a sculptor—as well as a respected historian of and writer about the Golden Isles.

Huie’s depictions of Saint Simons Island, especially its historic structures, became an integral part of the island’s visual culture. Her daughter, Mildred Huie Wilcox—like her mother, an accomplished artist—maintained the Huie home as a museum for nearly twenty years after her mother’s death, when it was purchased by the St. Simons Land Trust in 2018. At that time, Mrs. Wilcox donated the Mildred Huie Museum’s contents to the Morris Museum of Art. The present exhibition is just a small sampling of the Morris Museum’s holdings, a chronicle of island life and a record of its houses, great and small. 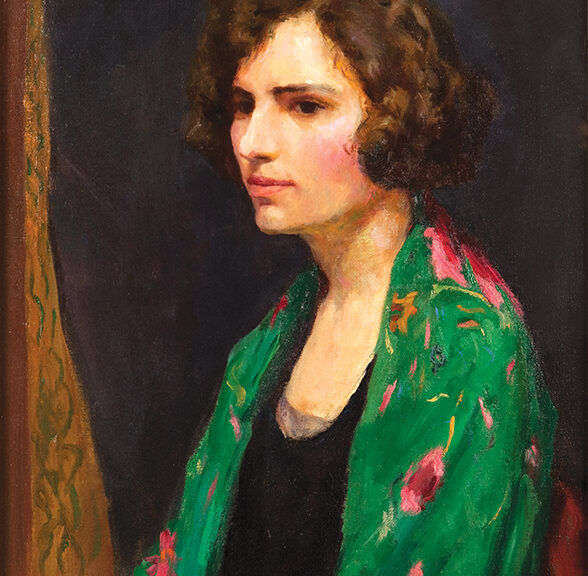 Over the years, Savannah, Georgia, has enjoyed a reputation as an unusually vibrant center for the visual arts, a reputation that has resulted from a large and active community of artists. Christopher P. H. Murphy, his wife Lucile Desbouillons Murphy, and two of their seven children, Christopher A. D. Murphy and his sister Margaret, were central figures in the cultural life of Savannah as artists, teachers, and leaders of the Savannah Art Club and the Association of Georgia Artists.

The work on display was drawn from the Morris’s collection of more than 175 works of art by the Murphy family artists.

For more information on this exhibit and the Murphy family, visit the Morris Museum’s website here.