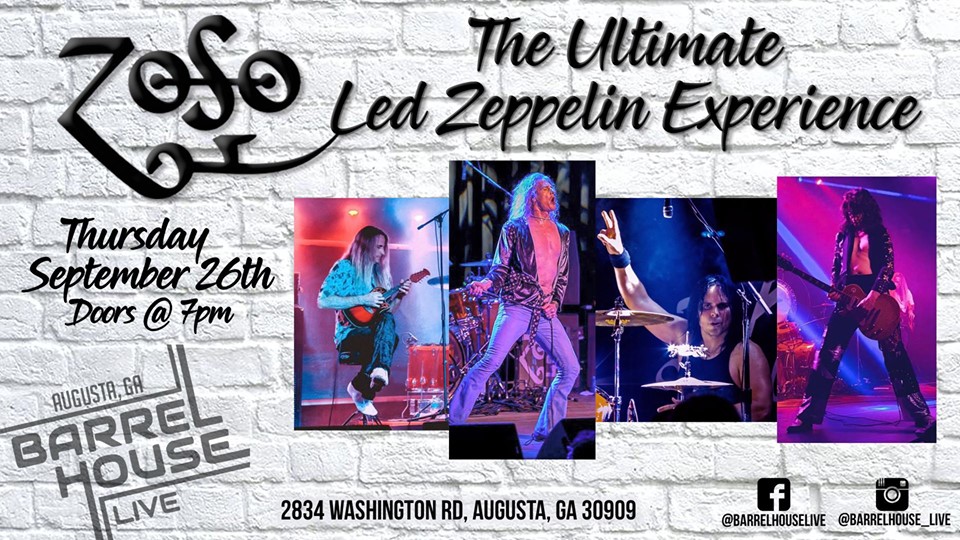 Zoso – The Ultimate Led Zeppelin Experience formed in 1995 to perform the most accurate and captivating Led Zeppelin experience since the real thing. For Zoso, it’s much more than just being a tribute. It’s about touching a golden era in music. Zoso embodies Page, Plant, Bonham and Jones in their spirit, tightly-wound talent and authenticity.

Each band member has been carefully selected to portray both the appearance and playing styles of their Led Zeppelin counterparts. In eighteen successful years of touring, they have perfected their art. As one of the longest tenured Zeppelin tributes, Zoso’s 2400 live shows around the world have established them as the most traveled and successful band in the market.