An event every week that begins at 10:00 am on Tuesday, Wednesday, Thursday, Friday and Saturday, repeating until July 3, 2021 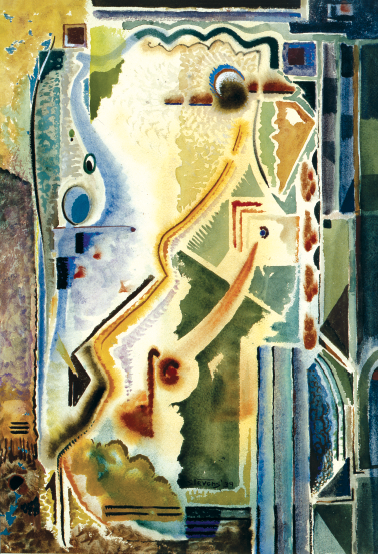 An American original, Will Henry Stevens (1881–1949) was a modernist painter and naturalist who was as inspired by the writings of Ralph Waldo Emerson, Henry David Thoreau, and Walt Whitman as he was by the work of the American painters John Henry Twachtman and James Abbott McNeill Whistler and the Chinese painters of the Song dynasty.

Stevens was a native of Vevay, Indiana, an Ohio River town, where his father, an apothecary, taught him the rudiments of chemistry and the techniques of emulsions, both of which came to play a critical role in his later experiments with different media. While working with his father he also learned to grind and mix his own paints.

After studying for three years at the Cincinnati Art Academy, he took a job as a painter and designer at the Rookwood Pottery, one of the leading American manufacturers of decorative art pottery. In 1906 he made the first of many visits to New York City. There, he studied briefly at the Art Students League with William Merritt Chase, but, unhappy with Chase’s pedagogical style, he left and went out on his own. He was encouraged in his efforts by such eminent artists as Jonas Lie, Van Dearing Perrine, and, especially, Albert Pinkham Ryder. He participated in numbers of group exhibitions, and the New Gallery presented his first solo exhibition in 1907.

Stevens accepted a teaching position in Louisville, Kentucky, in 1912, remaining there until he was recruited to the faculty of H. Sophie Newcomb Memorial College for Women in 1921. He remained at Newcomb until his retirement in 1948.

During his annual visits to New York in the late 1920s, he discovered the work of Wassily Kandinsky and Paul Klee. It was both a revelation to him and a confirmation of his own sense of aesthetic direction. As importantly, that experience led him to experiment in a style that was wholly nonobjective while continuing to produce his more objective landscapes—especially of Western North Carolina, where he spent time each summer.

His work is represented in the collections of more than forty museums, including the Museum of Fine Arts, Boston; the Virginia Museum of Fine Arts, Richmond; the Smithsonian American Art Museum, Washington, D.C.; and, of course, the Morris Museum of Art, which owns forty examples—oil paintings, mixed-media works, watercolors, and drawings from all periods and in all styles.