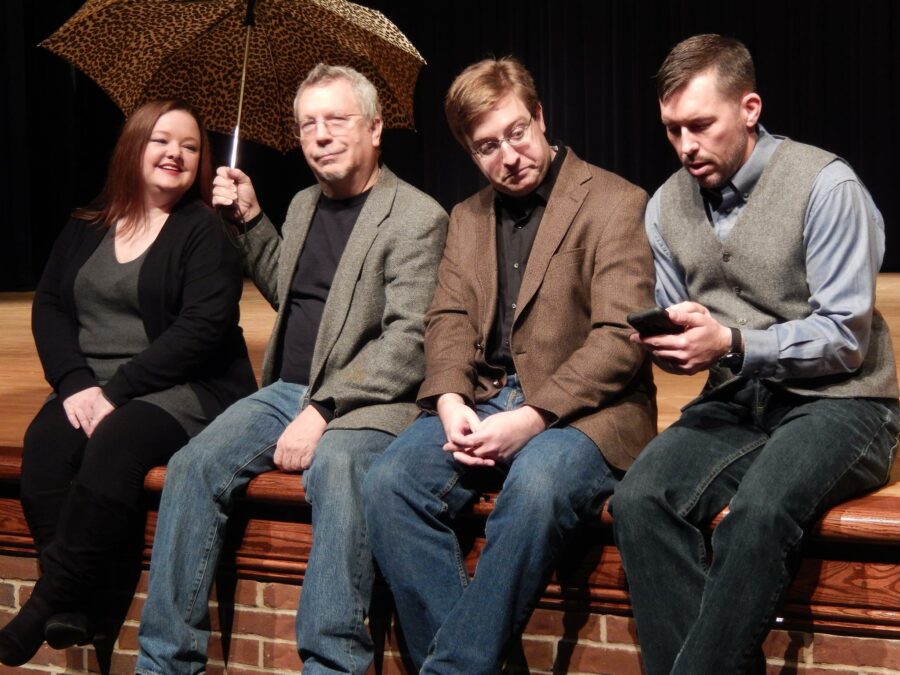 America’s largest luncheon concert series is made possible by financial support of businesses, foundations, and individual
donors. Concerts are held in the nave of Historic Saint Paul’s Church, located on the banks of the Savannah River in
downtown Augusta. The 32nd season features 13 concerts beginning in September and continuing through March.

The 30 minute noon concerts are free, open to the public, and are handicapped accessible.

Lunch is available after the concerts by advance reservation. The cost is $12 per person.
Private tables are available for groups of 4 or more. Civic groups, garden clubs, and
tour groups can be accommodated by prior arrangement.

Since Tuesday’s Music Live is a non-profit organization and is obligated to pay for
your lunch even if you fail to attend, please notify us immediately by telephone
or email if you must change or cancel your reservation.

Mike Clem, Andy Kruspe, and Garrett Smith have been playing Celtic music together in one form or another since 2010. During this time, they kept a running tab of cool band names and even better album names. When it came time to form a trio, “Black Market Haggis” became the clear choice for a band name. So they did what every new band should do when starting out- they searched their band name on the internet to see if it had already been taken. Predictably, no band has ever used that moniker. However, they did find that there is a demand for such a product since the USDA will not allow real haggis in the United States.

Then in the fall of 2015, the band lucked out. The band had been looking for  vocalist, and Chenoa Clark’s schedule was finally able to accomodate our musical shenanigans. She joined the band, and the boys have had to watch their language ever since.

This performance was made possible by a gift from the A&B Beverage Company.