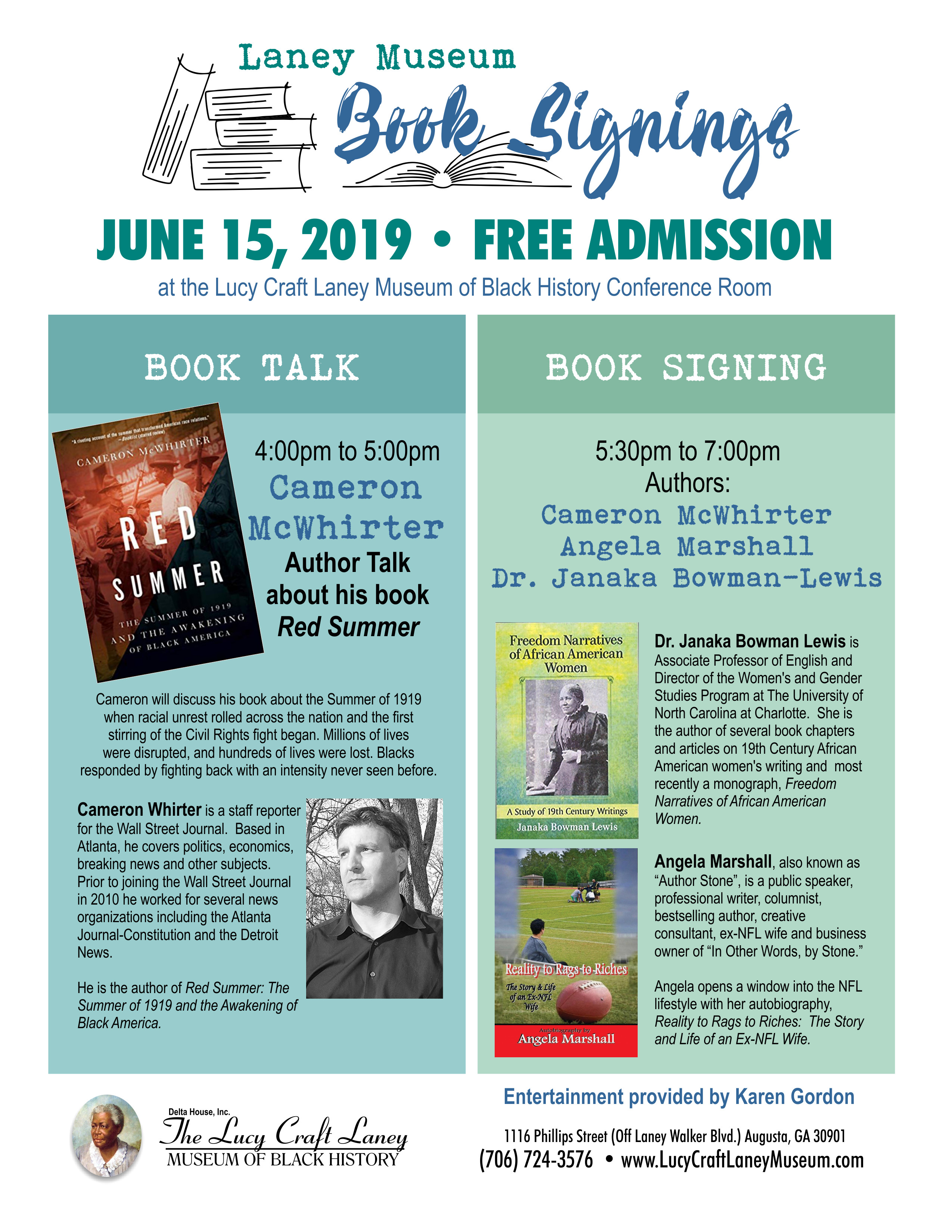 Cameron will discuss his book about the Summer of 1919 when racial unrest rolled across the nation and the first stirring of the Civil Rights fight began. Millions of lives were disrupted, and hundreds of lives were lost. Blacks responded by fighting back with an intensity never seen before.

Dr. Janaka Bowman Lewis is Associate Professor of English and Director of the Women’s and Gender Studies Program at the University of North Carolina at Charlotte. She will be signing copies of her most recent monograph, Freedom Narratives of African American Women: A Study of 19th Century Writings.

Angela Marshall, aka “Author Stone”, is a public speaker, professional writer, columnist, bestselling auhtor, creative consultant, ex-NFL wife, and business owner of “In Other Words, by Stone”.  Angela opens a window into the NFL lifestyle with her autobiography, Reality to Rags to Riches: The Story and Life of an Ex-NFL Wife.

Entertainment provided by Karen Gordon, the Empress of Cool.