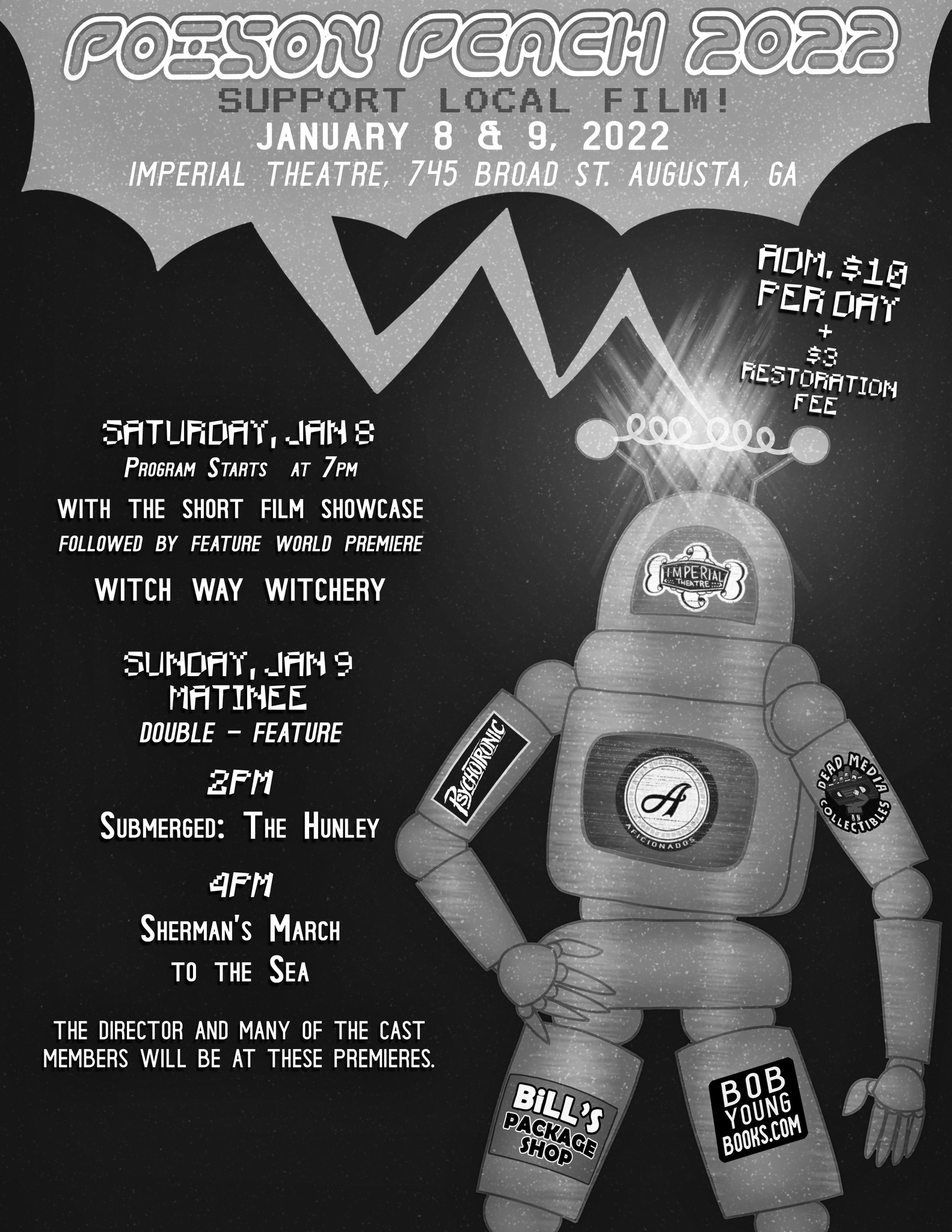 Poison Peach Film Festival showcases local independent film. This year’s screenings will be a Saturday evening and Sunday matinee. Tickets are $10 plus a $3 restoration fee for the Imperial.

2pm – World Premiere of SUBMERGED: The Hunley
This film follows the crew and technology of the first submarine in history to sink an enemy vessel.

4pm – World Premiere of SHERMAN’S MARCH TO THE SEA
A sprawling epic about a massive, heartbreaking event that changed the way modern warfare was fought forever.

The films on Sunday’s program are produced and directed by Augusta native Christopher Forbes. “Submerged” is an ITN Film. The Executive Producer of “Sherman’s March to the Sea” is Walter Czura.