An event every week that begins at 10:00 am on Tuesday, Wednesday, Thursday, Friday and Saturday, repeating until May 5, 2019 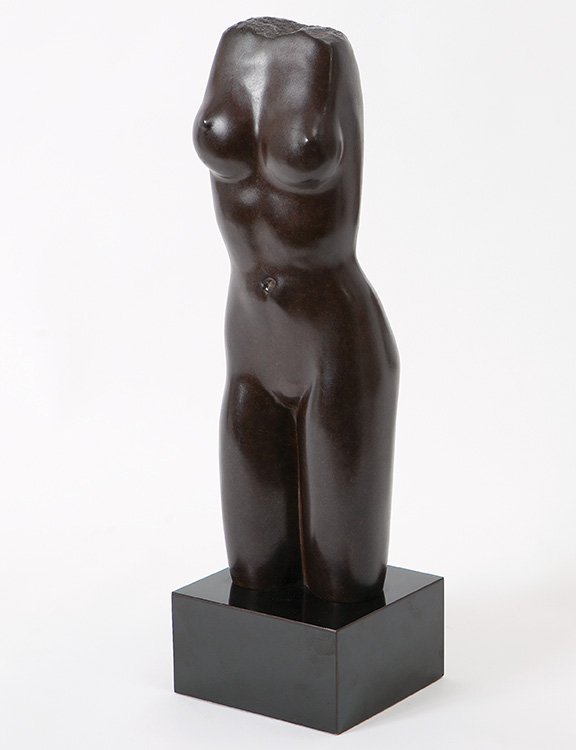 Huffington earned bachelor’s and master’s degrees from the City College of New York before embarking on a career as a sculptor that is now in its sixth decade. She had originally gone to New York City in the late 1950s to study dance, but she became acquainted with a large circle of creative people—artists Franz Kline, Elaine and Willem de Kooning, Larry Rivers, and others—who influenced her gradual shift in interest away from dance to the depiction of the human form in sculpture. In the late seventies she found a haven in the foothills of the Arkansas Ozarks, which became a prime source for artistic inspiration. Her sculpture reflects both the world of art and the spirit of nature.

Morsberger, like Huffington, is a native of Baltimore. He first pursued art with some seriousness of purpose as a scholarship pupil at the Maryland Institute College of Art in the mid-1940s before going on to earn degrees from the Carnegie Institute of Technology in Pittsburgh and the Ruskin School of Drawing at the University of Oxford. He enjoyed a long and storied career as a teacher in England and America before becoming the second William S. Morris Eminent Scholar in Art at Augusta State University, where he proved to be a model for all who have followed him. He became professor emeritus in 2002.

Both artists have been widely exhibited and collected. This is their second two-person show at the Morris.