POSTPONED – Jake Owen: Down to the Tiki Tonk Acoustic Tour 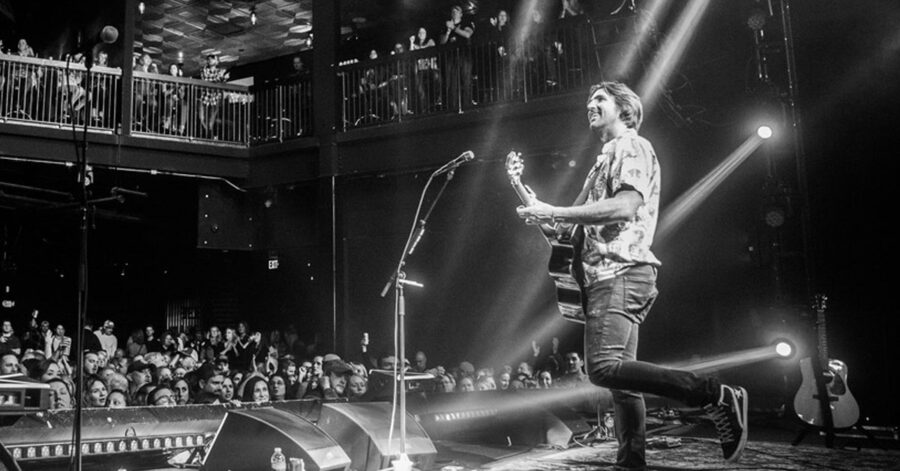 Jake Owen “Down To The Tiki Tonk” acoustic tour stop at the Miller Theater scheduled for March 14 has been postponed.
More information will be available soon. Patrons will be notified of the rescheduled date via email and social media.

Tickets for the Saturday, March 14 performance will be honored on the rescheduled date. If you have questions, please call 706-842-4080, we appreciate your patience as we work through high call volume.

Before becoming a country music sensation, Florida-born Joshua “Jake” Owen dreamed of becoming a professional golfer until a wakeboarding incident led to reconstructive surgery and left Owen unable to keep playing. He borrowed a neighbor’s guitar and began teaching himself to play, eventually playing country covers in bars before writing his own material and moving to Nashville. There he met producer Jimmy Ritchey and eventually executives at Sony BMG, who signed him to RCA Records and put out his debut album Startin’ with Me in 2006, producing the single “Yee Haw.” Owen toured in support of Brad Paisley and Carrie Underwood, and excited ticket holders with his baritone voice and lively tunes. He also opened for Kenny Chesney, Sugarland and Keith Urban. His second album Easy Does It in 2009 and spawned three more singles, “Don’t Think I Can’t Love You,” “Eight Second Ride,” and “Tell Me.” In 2011, Owen’s third album Barefoot Blue Jean Night was released, and both the title track and single “Alone with You” hit No. 1 on the country charts. 2013 saw a US concert stretch with Jason Aldean and his newest single “Days of Gold,” which precedes his fourth studio album of the same name due out in December.