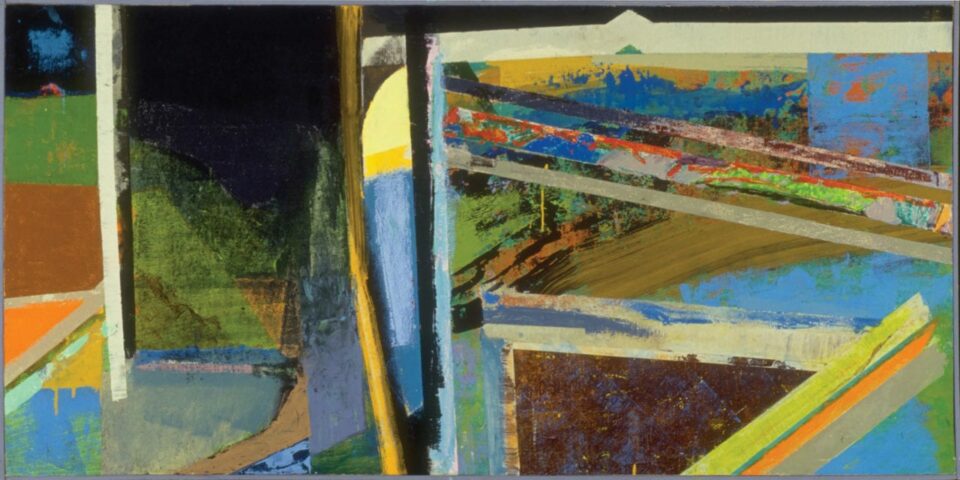 Join us as we celebrate the opening of Vietnam Transformed. This exhibition includes more than twenty abstract paintings by artist and Vietnam veteran Richard J. Olsen.

Born in Milwaukee, Wisconsin, in 1935, Richard J. Olsen began his journey in art in his youth. He attended the University of Wisconsin, where he earned a bachelor of science degree in 1958 and a master of fine arts degree (with a concentration in painting and printmaking) in 1966.

He was a child during World War II and a teenager during the Korean War. At Wisconsin he signed up for ROTC, the Reserve Officers’ Training Corps, and he graduated, a commissioned officer, at the beginning of America’s involvement in the Vietnam War. He became a helicopter pilot, serving tours of duty over the next few years in Vietnam. He returned to school on the completion of his service obligation to get his graduate degree.

In 1969 he joined the faculty of what has become the Lamar Dodd School of Art at the University of Georgia, Athens, as an instructor. Over the years, he rose through the ranks, first as an assistant professor (1973–1978) and associate professor (1978–1994), before being named a full professor. He held the General Sandy Beaver Teaching Professorship from 1998 until his retirement in 2001, when he was named professor of art emeritus.

Since 1965 his work has been included by invitation in more than one hundred group exhibitions and has been the subject of numerous solo exhibitions. It is included in public, private, and corporate collections around the world. He is the recipient of many honors and awards.

The exhibition Vietnam Transformed, organized by guest curators Hathia and Andrew Hayes, is rich with allegory, symbolism, and allusion, and comes out of Olsen’s Wall Series. Begun in 1976 the series now includes more than two hundred paintings, conceived and executed on a monumental scale.

His work is as much concerned with process as product, and, as he has noted, “there is always the ‘trying to make a painting’ element in it.”