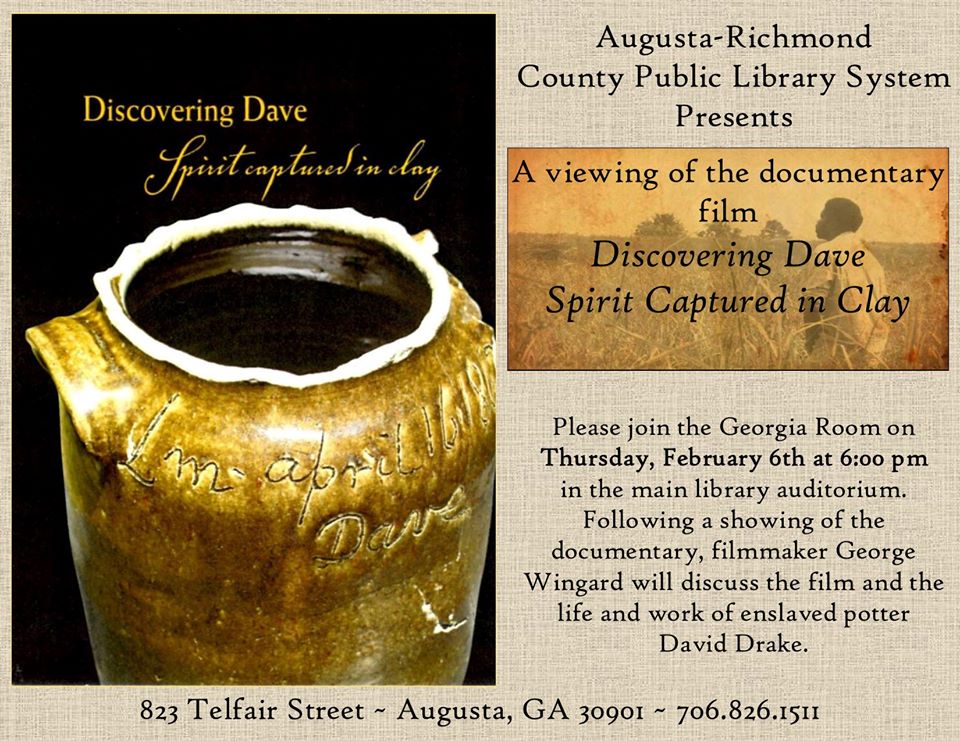 Discovering Dave: Spirit Captured in Clay, is based on the life of enslaved Edgefield potter, David Drake. The film tells the story of a discovery made in 2006 when archaeologists from Savannah River Archaeological Research Program unearthed several shards of alkaline-glazed stoneware from a 1950s era archaeological site within the boundaries of SRS. Each fragment was painstakingly fitted together until the entire pot was reassembled, revealing Dave’s signature etched in the clay. The discovery inspired archaeologist, George Wingard to begin researching David Drake’s life, which culminated, with the assistance of filmmaker Mark Albertin, in the making of the film. Since its screening at the Augusta Public Library in 2014, Discovering Dave has won multiple film awards all across the United States. In honor of Black History Month, please join us on Thursday, February 6th at 6:00 pm in the auditorium of the Headquarters Library as we screen the film.