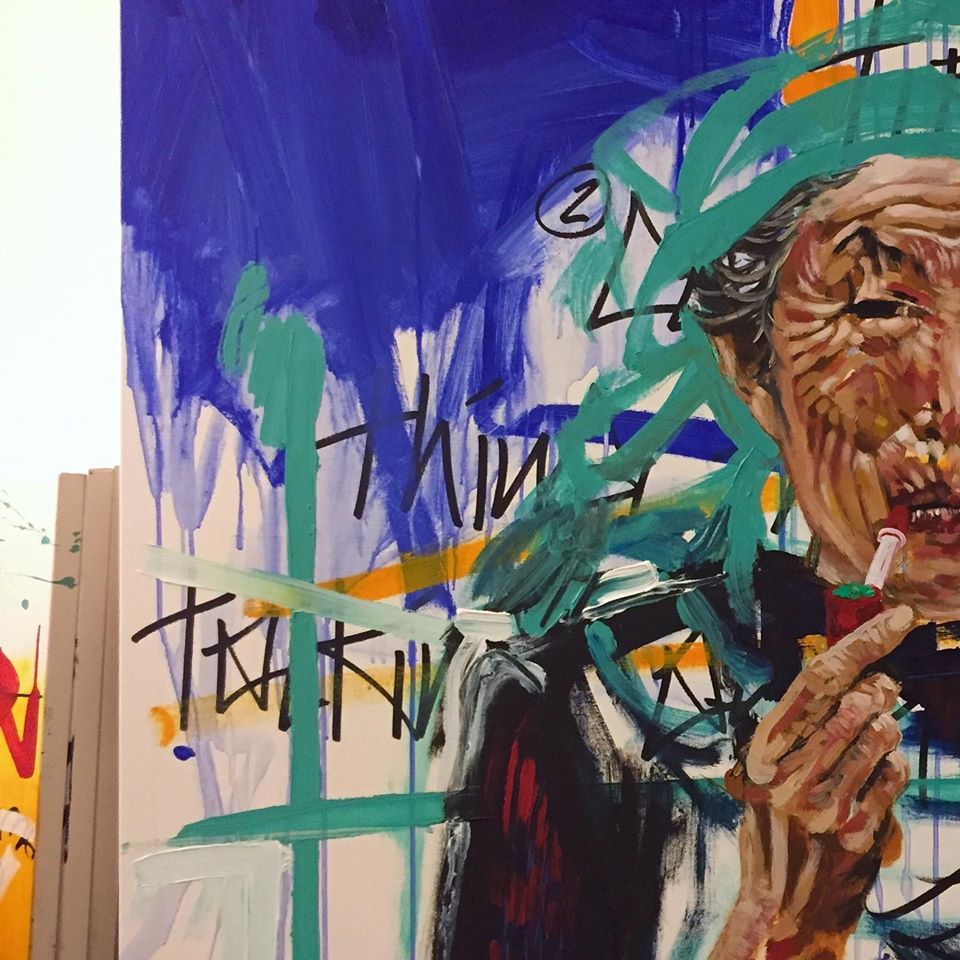 Local artist Aort Reed will be exhibiting new works of art from his large body collection. This is one exhibition you don’t want to miss, so if you’re free Friday, September 4th from 6pm to 9pm come join the special occasion at the CAVING opening reception.

ABOUT THE ARTIST
Aort Reed was born in small town Augusta, Georgia in the year 1982. His parents, being from two different parts of the world, created an interesting ecosystem for him to learn & dwell. His mom, Anna Phimsoutham, was a native of Bangkok, Thailand and his father, Oscar Reed, a native of Augusta, Georgia. As a child, Aort’s imagination ran wild with all kinds of colorful imagery and exciting ideas. Any surface that he could find automatically became his canvas. Whether it was blank pages at the beginning of a book, his grandmother’s recipes, or even the walls of his closet, he made sure that he expressed what was in his mind’s eye.

Being biracial had a big impact on Aort’s creativity. Combined cultures enabled diversity throughout his childhood which broadened his perspective and paved the way for the rest of his life and artistic journey.

After grade school, Aort attended three different colleges but ended up earning his BFA in painting and drawing at Augusta State University (AU). During the early years of his creative credibility, Aort’s work was selected for two juried art exhibitions, one in 2012 and another in 2014. This also marked the time period his work began to take off conceptually. As a result, his artwork became published in magazines, online platforms, social media, and news articles, and continues to be featured today. For example, multiple large-scale local mural works (including Georgia Cyber Center & Jackie M’s & Son Restaurant) have recently been shown in the 2020 Augusta Visitors Bureau Experience Guide as well as the 6 o’clock news on channel 12.

Today, Aort expresses that inspiration comes from multiple sources; “I could name multiple artists from throughout the history of Fine Art, but I think that would be too typical. Outside of artists, what really drives me the most is empiricism, emotions, and communication. All three sort of create somewhat of a diary or pictorial journal of the journey”.