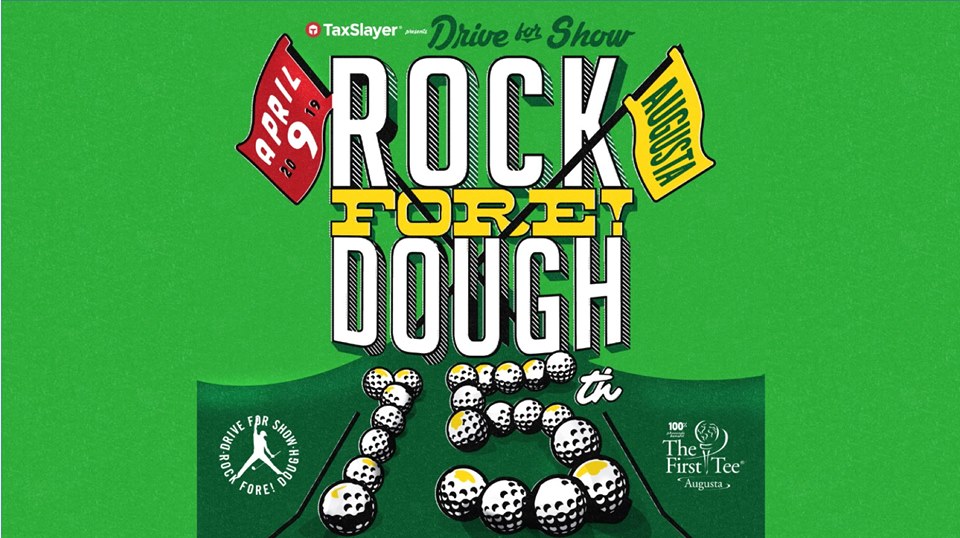 Drive for Show, Rock Fore! Dough Presented By TaxSlayer is pleased to present the 15th Anniversary Drive for Show, Rock Fore! Dough concert that has raised over $1.6 million for The First Tee of Augusta since the inaugural show in 2005. Tickets will go on sale in November – the exact date to be released later this month. Artist additions to the lineup will also be announced in the coming months.

“Having Darius Rucker headline our 15th Anniversary event at The First Tee of Augusta really feels like a homecoming since we started Rock Fore! Dough right here with Darius’s band Hootie & The Blowfish. We are blown away by the support we’ve received from the community and can’t wait to bring this event back to The First Tee of Augusta Driving Range in 2019,” said Gluestick Music’s Joe Stevenson, event producer.

Since its inception in 1997, The First Tee Network has opened over 175 learning facilities worldwide, established over 335 affiliate relationships with existing golf courses and introduced over 2.3 million young people to the game of golf and its inherent positive values. Visit TheFirstTeeAugusta.org for more information.

About Darius Rucker
Rucker first attained multi-Platinum status in the music industry as the lead singer and rhythm guitarist of GRAMMY award-winning Hootie & the Blowfish. Since releasing his first country album in 2008, he has celebrated four summits to the top of the Billboard Country albums chart and earned a whole new legion of fans. In 2014, Rucker won his third career GRAMMY award for Best Solo Country Performance for his 4x Platinum selling cover of Old Crow Medicine Show’s “Wagon Wheel,” the No. 1 single off his album True Believers. Rucker’s first two country albums, Learn To Live and Charleston, SC 1966, produced five No. 1 singles including “Come Back Song,” “This,” “Alright,” “It Won’t Be Like This For Long,” and “Don’t Think I Don’t Think About It.” Southern Style, his fourth studio country album, featured his seventh No. 1 single “Homegrown Honey,” co-written by Rucker, label mate Charles Kelley of Lady Antebellum, and Nathan Chapman. Rucker’s latest album on Capitol Records Nashville, When Was The Last Time, features “If I Told You” and “For The First Time,” his eighth and ninth No. 1s on country radio, as well as current single “Straight To Hell,” a re-imagining of the Drivin’N Cryin’ classic featuring Jason Aldean, Luke Bryan and Charles Kelley. Rucker recently wrapped the co-headlining Summer Plays On Tour with Lady Antebellum and will soon head overseas for a U.K. tour. For more information, visit dariusrucker.com and follow on social media @DariusRucker.

Tickets are on sale NOW! Get yours online HERE!
Learn more at thefirstteeaugusta.org and rockforedough.com! Visit the Facebook Event Page HERE!